On September 20, 2022, the X-62A VISTA completed its first flight with updated Variable Stability Software (VSS) after undergoing modifications for the past two years.

The successful flight signals that this third iteration of the Variable Stability system of the X-62A is ready for its next step in becoming the world-leading platform to host artificial intelligence (AI) and autonomous manned-unmanned flight test programs.

Essentially, the X-62A can now operate as an autonomous airborne platform for test purposes.

Relying on the unmodified aircraft safety systems of the X-62A serves as an ultimate risk mitigator for the VSS Testing of AI and manned-unmanned programs.

A safety pilot is always present in the aircraft to disengage the test system during a VSS test flight if needed. The X-62A aircraft can also disengage the VSS system as needed if it detects unsafe commands.

How is this possible?

The VSS software does not replace the original flight control computer but seamlessly operates alongside it during testing. Thus, the aircraft and the safety pilot monitor the system to ensure no damage occurs to the X-62A in flight.

The successful configuration and first flight of the VSS system mark the beginning of a significant flight test program at Edwards Air Force Base (EAFB) for the X-62A.

Over the next several months, Calspan will work with customers like the Air Force Research Laboratory (AFRL) to test their Skyborg manned-unmanned programs, as well as with DARPA for its Air Combat Evolution (ACE) artificial intelligence program.

As noted in a previous Calspan news article this month, the X-62A completed a test of the SACS software and plans for it to be fully integrated in November.

In addition, Calspan will continue to support the United States Air Force (USAF) Test Pilot School training curriculum using the X-62A at EAFB. This X-plane is the only one actively supporting a test pilot school program.

Calspan will add new capabilities and tools to the X-62A over time, including a Scorpion helmet-mounted display, integration of the Lockheed Martin EMC2 (Einstein box) and other enhancements to the VSS.

Stay tuned for more updates regarding the X-62A as it rises into the sphere of autonomous flight testing! 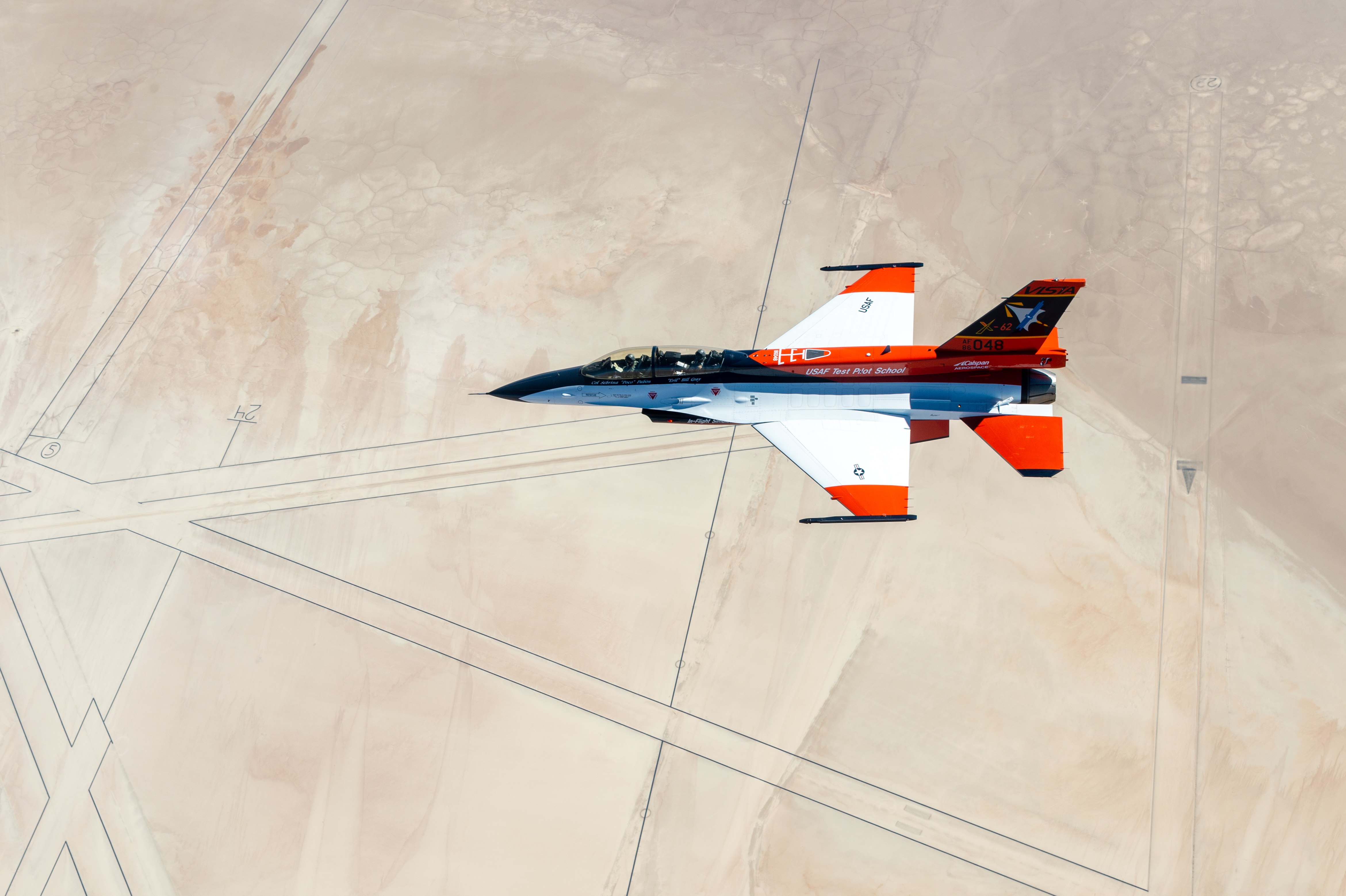