The X-62 VISTA took flight from Edwards Air Force Base in California for its inaugural test of the third iteration of the specialized aircraft.

Owned and operated by the United States Air Force (USAF), the X-62 is the result of a collaboration between Calspan Corporation and Lockheed Martin to create a one-of-a-kind training aircraft.

This third iteration of the X-62 goes beyond its predecessors with new software allowing for autonomous flight. The System for Autonomous Control of the Simulation, or SACS software will enable the USAF to train pilots in an autonomous environment.

The new SACS software pushes the X-62 firmly into a special category of test mission aircraft used by the USAF. The use of SACS will specifically support the Skyborg manned-unmanned program overseen by the Air Force Research Laboratory.

The first flight of the SACS modification program was a success overall, with the plane being airborne for over an hour. No maintenance issues arose during flight meaning the X-62 was ready for its next mission without delay. It is a remarkable achievement for the first flight when considering the amount of work the X-62 required to be flight ready.

Like other aircraft systems designed by Calspan, the X-62 possesses internal and external configurations as a surrogate test platform. The aircraft also has an open systems architecture (OSA) to make it easier for customers to integrate into the flight control system.

The USAF test pilot school is the only one in the world that actively uses the X-62 as part of curriculum. 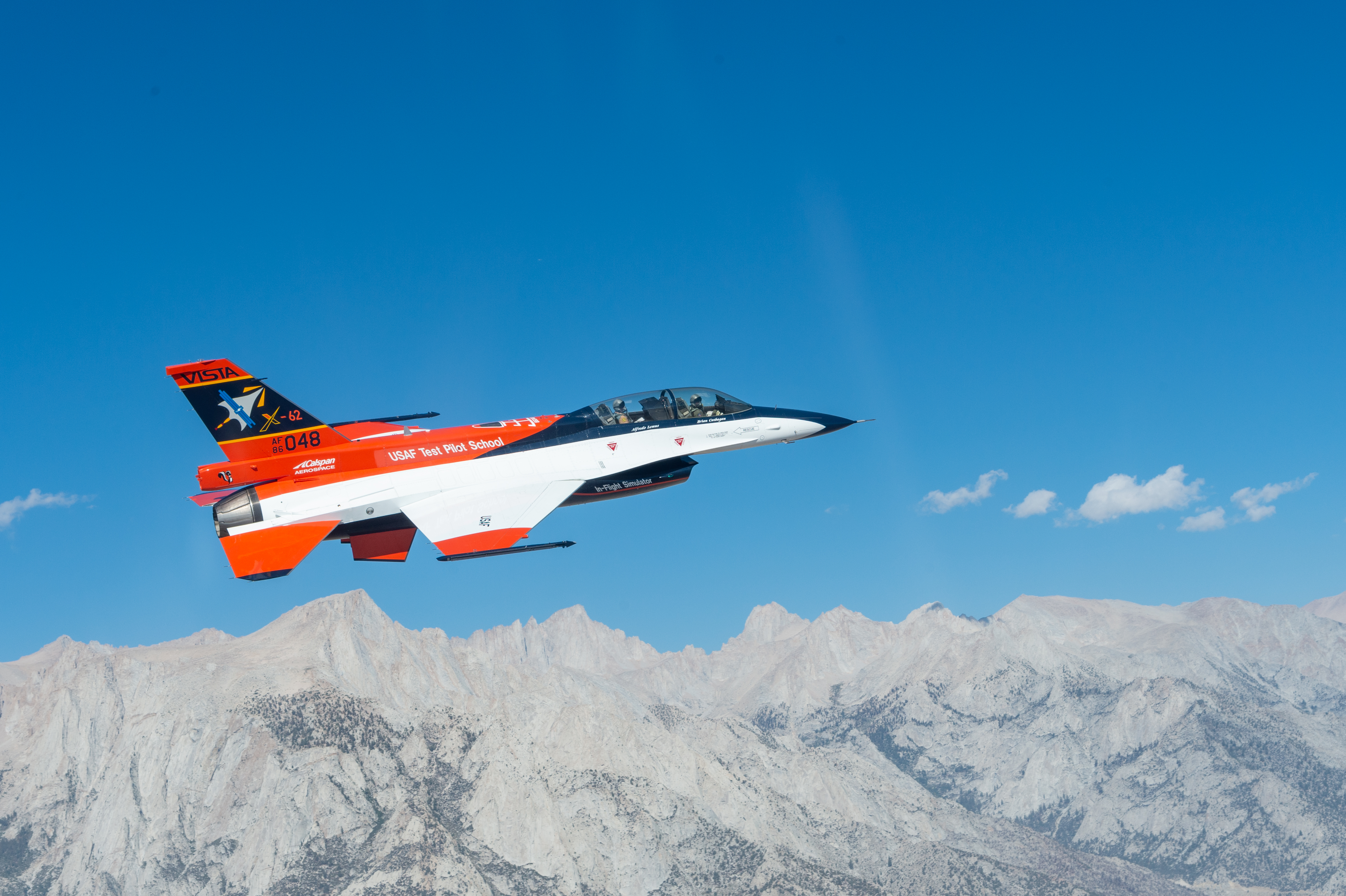