The USNTPS created this educational opportunity to serve as an option for the Department of Defense civilian employees that desire more training beyond the standard two week short course. This two-month course is more detailed than the short course and more affordable than the 11-month traditional TPS long course.

Calspan was involved in every aspect of the course with two southern Maryland based team members, John Deems and Jim Hineline, serving as instructors. They provided 10 hours of classroom lectures followed by instructional test flights. Chad Steele, who is also based in the local Patuxent area, was the Calspan dedicated mechanic and crew chief for these flights.

Calspan flew 32 flights throughout the course to give students hands-on experience in the air. These flights were in one of the Calspan Variable Stability System (VSS) Learjets, the “Lear 2.” The VSS Learjets allow students the ability to put classroom knowledge into action. The in-flight simulation lessons focused on three different phases of flying and handling qualities: Longitudinal, Lateral-Directional, and Advanced Flight Control.

“The VSS Learjet is an airborne simulator that is used to train test pilots, Naval Flight Officers, and flight test engineers at the USNTPS by showing them the various handling quality issues they may encounter and demonstrating flight test techniques in a safe training environment,” said John Deems, Calspan Site Manager at Patuxent River NAS.

“Calspan has been providing this type of training to the U.S. military test pilot schools in the VSS Learjets since the early 1980s and in other VSS airplanes since the 1960s,” said Deems.

Calspan has provided similar instruction in the VSS Learjets to other recognized test pilot schools including USAF TPS in California, Empire TPS in the United Kingdom and EPNER in France to name a few.

To view the original story in the Baynet, visit  https://thebaynet.com/u-s-naval-test-pilot-school-debuts-new-course-for-civilians-graduates-inaugural-class/ 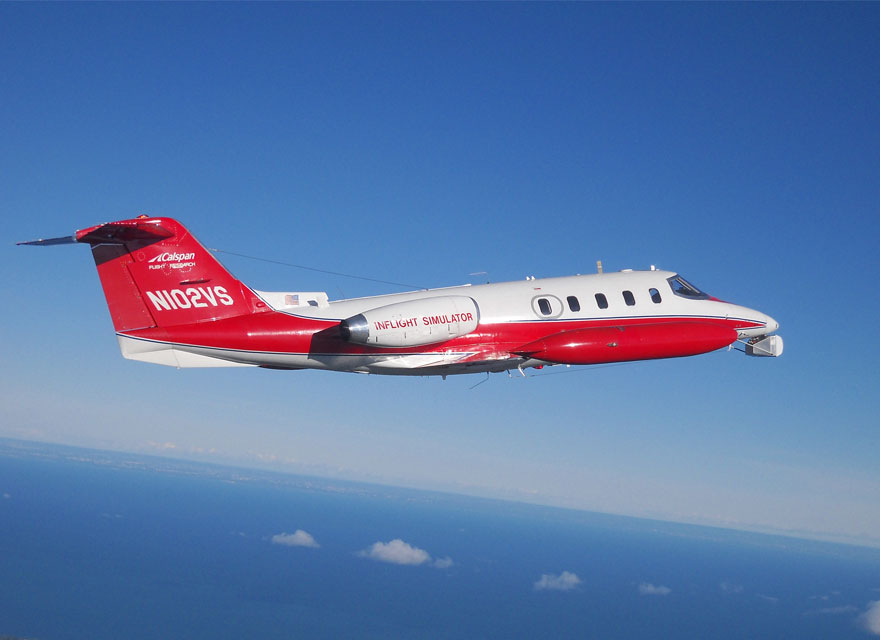