75 YEARS OF TESTING THE FUTURE 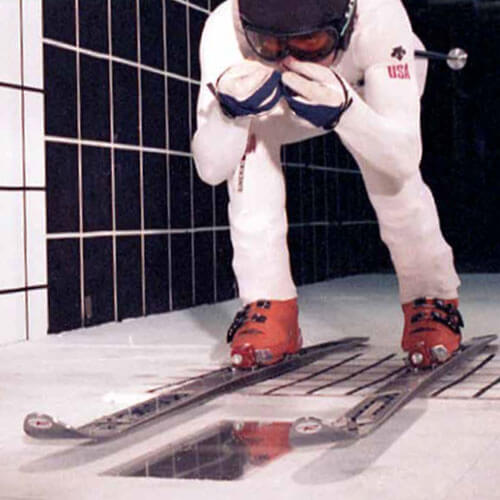 The low-speed ASF wind tunnel was used by competitive skiers to see the real time readout of wind resistance in racing positions. The U.S. Olympic Ski team visited Buffalo to gain this experience in preparation for several of the Winter Games in the 1980s and 1990s. 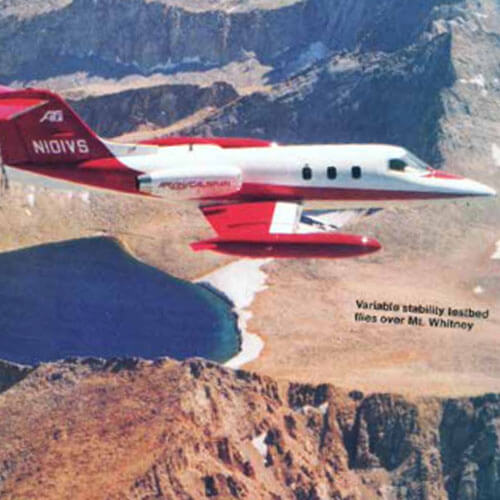 Learjet business jets became the new suitable aircraft type with side-by-side pilot seating valuable during instruction, and they were fast and maneuverable. Calspan bought the Serial Number 24-218 Learjet testbed in 1979. Modifications then began to turn it into a variable stability aircraft and were completed in 1981. It entered service first at the U.S. Naval Test Pilot School and the U.S. Air Force Test Pilot School. 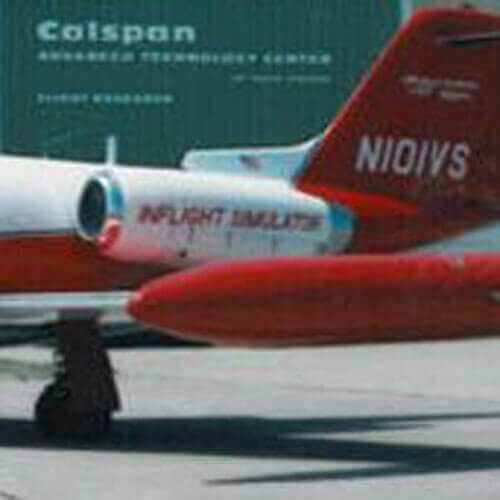 The first variable stability Learjet, N101VS, is operational, replacing the remaining B-26 at both U.S. military Test Pilot Schools. 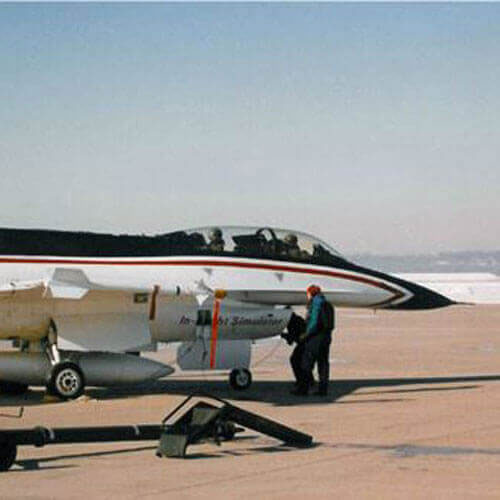 The Air Force Wright Aeronautical Laboratory in Dayton, OH obtained funding for a conceptual design study for the modification of an existing aircraft into an in-flight simulator. Calspan won the contract and a Block 30 F-16D airframe would be used. The Variable Stability In-flight Simulator Test Aircraft (VISTA) acronym was coined. This was the first time that a variable stability system was added to a host airplane with a fly-by-wire flight control system. 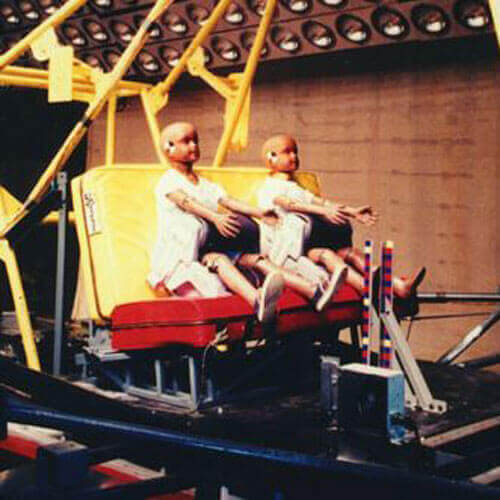 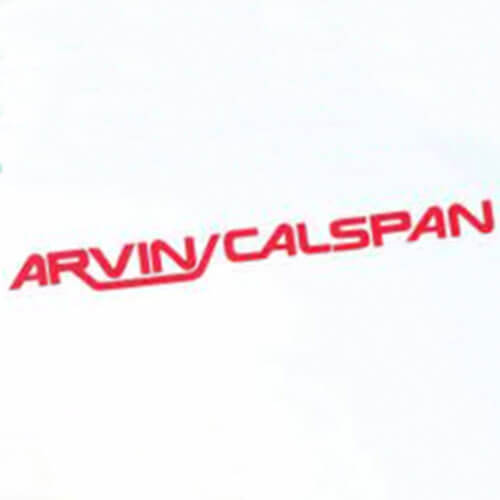 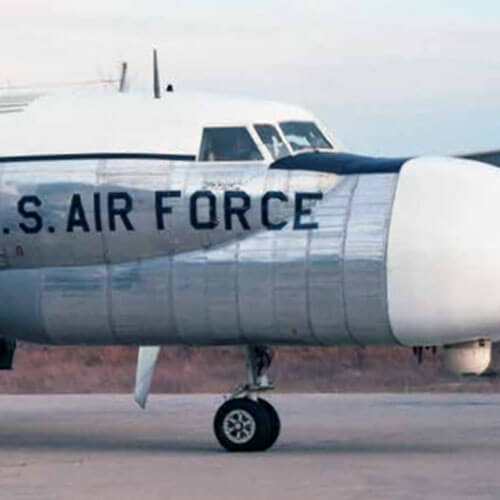 An alternate nose, with an F-16 fire control radar and a Forward-Looking Infrared turret for the Total In-Flight Simulator, was built to replace the cockpit nose of the Airborne Systems Test and Training Aircraft (ASTTA). A second cockpit was built in the rear of the cabin for student test pilots and their instructors to operate and learn. ASTTA served as a training aircraft in the USAF Test Pilot School and the USN Test Pilot School. 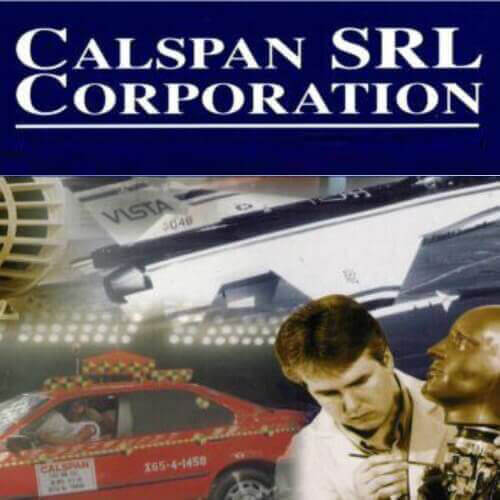 The Systems Research Laboratory in Dayton acquired and the company becomes Calspan-SRL. 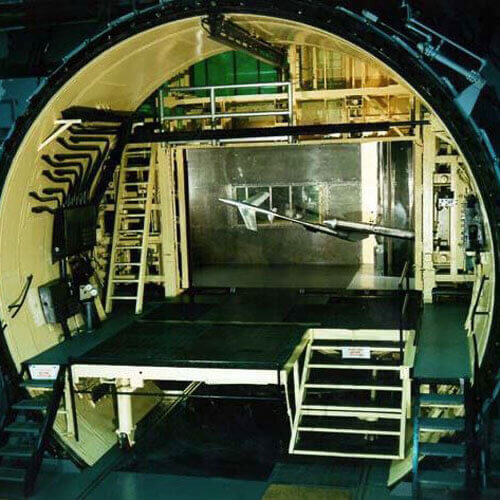 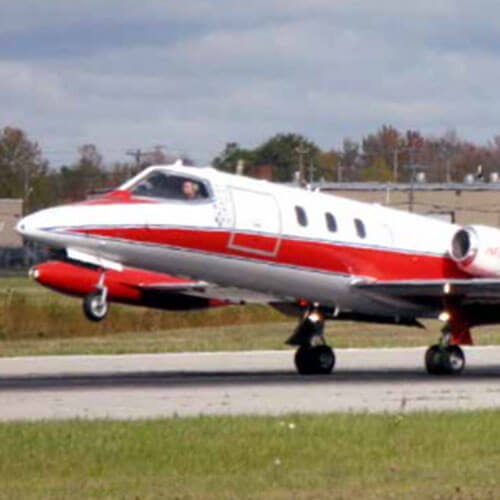 Calspan acquired a second Learjet, Learjet 25B, Serial Number 25-180. It was modified with essentially the same simulation system as the first Learjet. 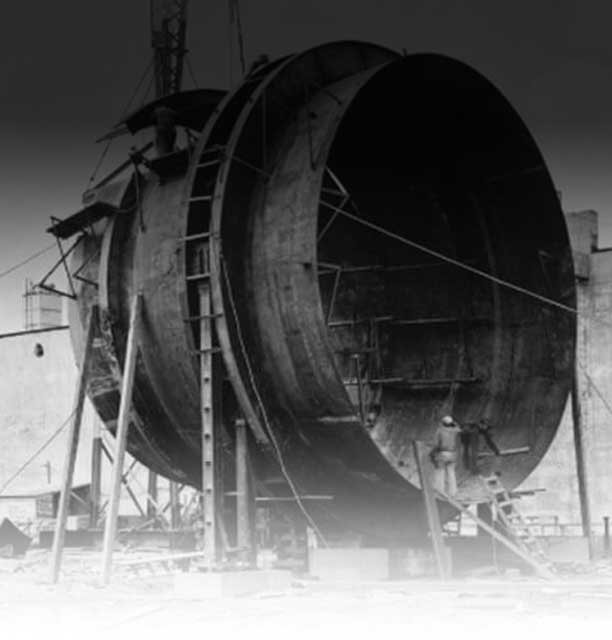 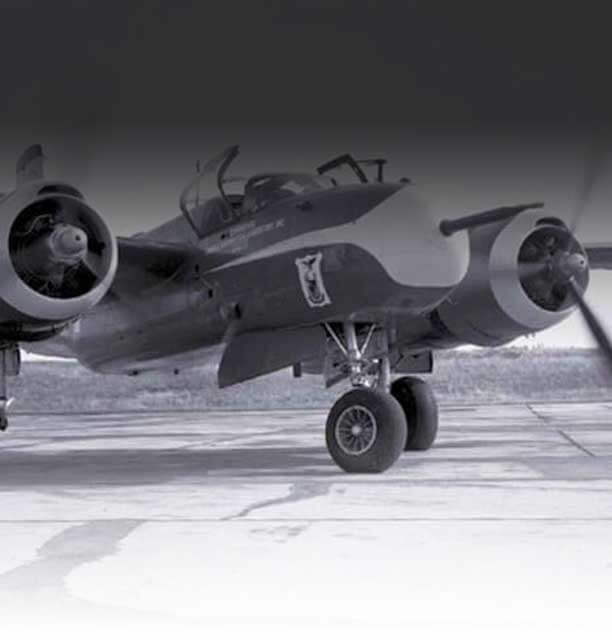 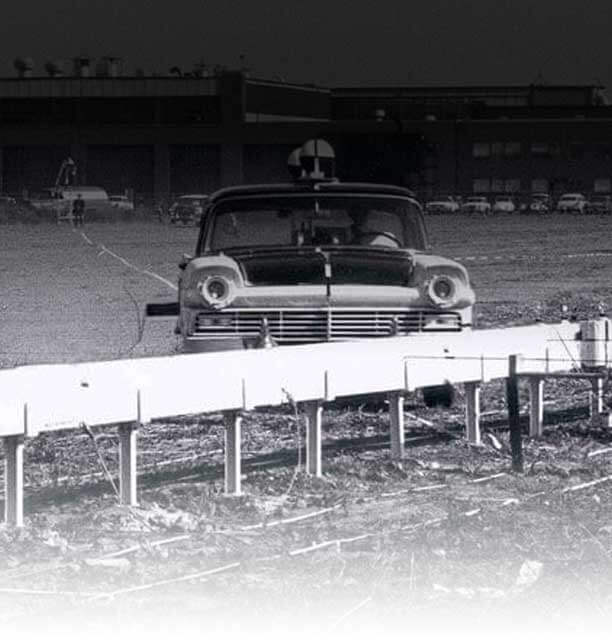 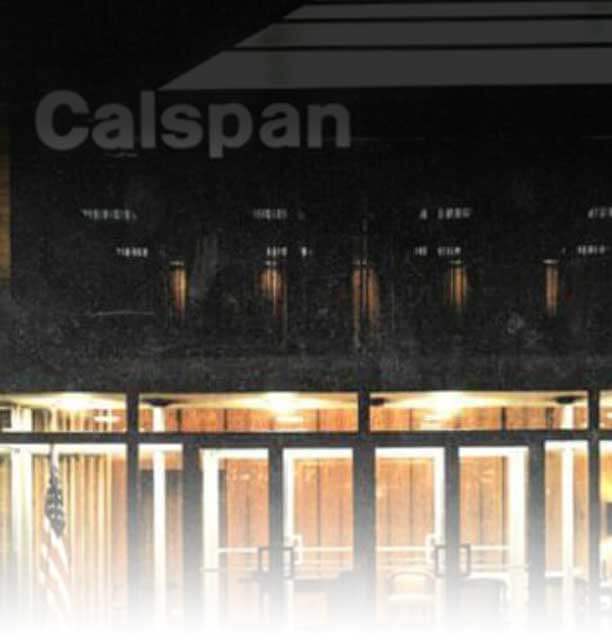 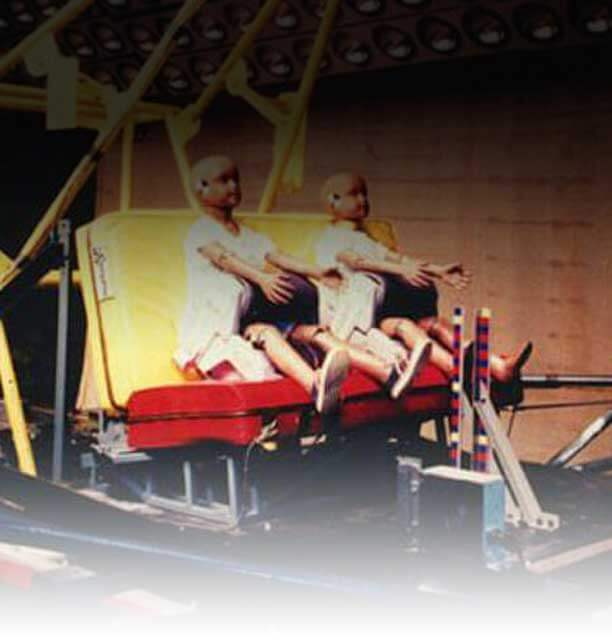 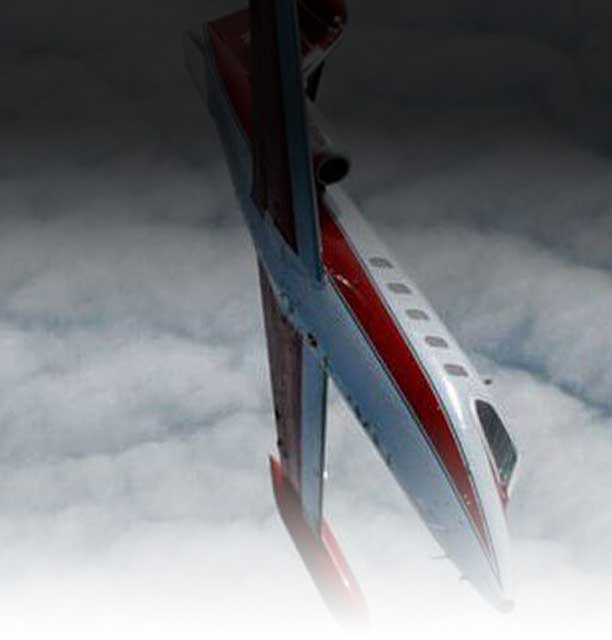 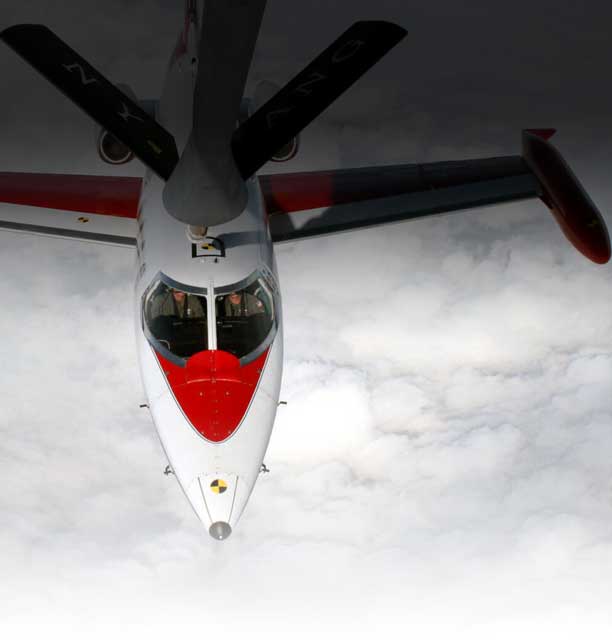 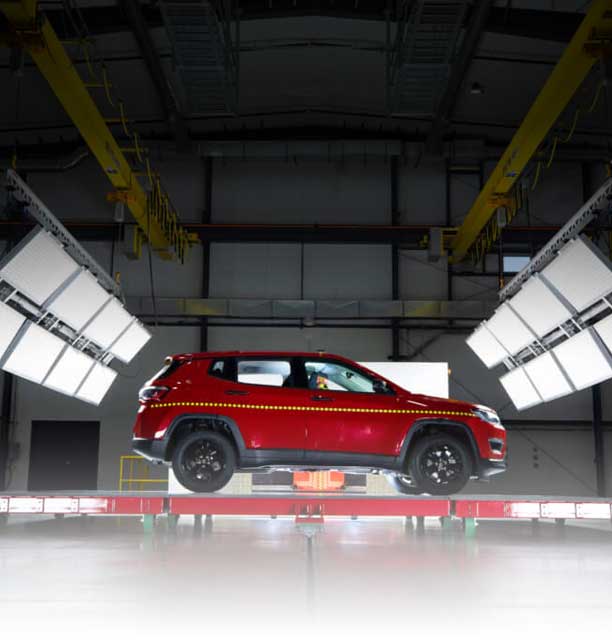 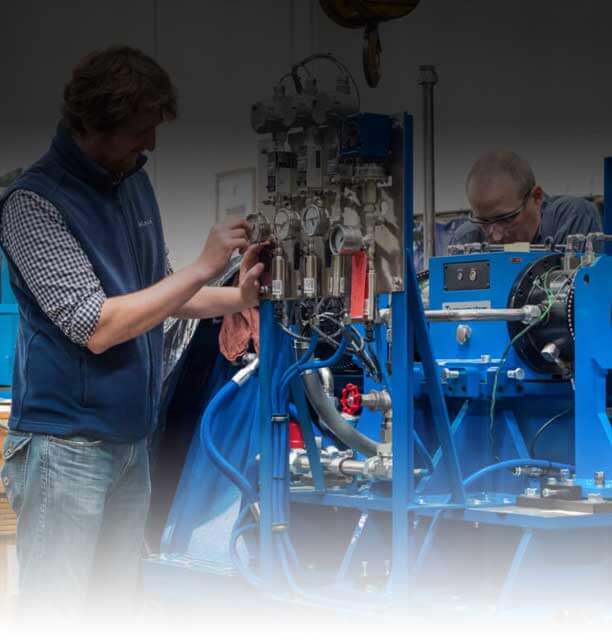